Patent of the Month February 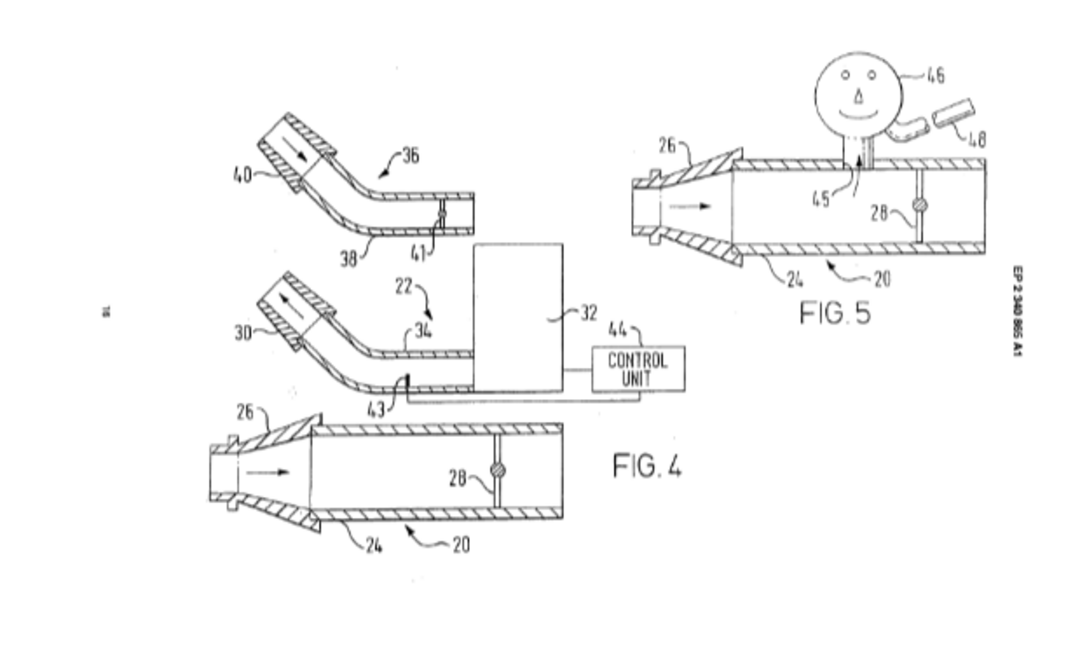 In February, people are generally fed up with winter or as a German idiom vividly puts it: One has a nose full of it! A glance at the pollen count warnings notes the intensified starting season of hazel pollen. At the same time, the spread dynamics of the influenza viruses cause the flu wave in Germany to reach its peak. Hence, we turn our attention to an invention that arose from the search for improved cures for obstructed sinuses and led to an ingenious method for improved drug delivery: the special "exhalation transport system" by Norwegian Per Gisle Djupesland.

The physician developed an add-on device for conventional aerosol systems. This allows the mist to reach its target location in the nose perfectly. In 2021, Djupesland received the European Inventor's Prize for his invention. In fact, a European patent application EP2340865A1 was filed in 2000 titled "nasal delivery device" – our Patent of the Month February.

The effectiveness of traditional spray pumps is sub-optimal in terms of distributing the drug into the complex nasal sinus system. While spraying, patients inhale through their nose, so that their soft palate opens. As a result, the demarcation between the respiratory and the alimentary tract is lifted and the medication enters the throat, where it is swallowed or passes deeper into the lungs. Besides inefficient medication, there is also a problem of increasing health risks from pharmaceuticals with amplified (side) effects. Therefore it is essential to close the soft palate for optimal effectiveness of nasal spray pumps.

Per Gisle Djupesland, while on a plane, observed that this happens when exhalation occurs against a resistance. In response, the scientist started looking for methods to use the natural breathing mechanism for a more effective nasal drug transport and made his discovery. Thereby, both his second doctorate on the aerodynamics of the nose and his twenty years of experience as an ENT physician at Oslo University Hospital were helpful. He supplemented conventional spray pumps with a flexible mouthpiece and a specially shaped, sealing nosepiece. The resulting system works through a two-step operating mechanism. Air exhaled against the mouthpiece causes the soft palate to close. At the same time, this air is returned through the nose during pumping and hence transports the respective drug deep into the nose and sinuses avoiding entering the pharynx. In other words, the medication is delivered by exhalation and is accordingly referred to as an "exhalation delivery system" (EDS).

However, the innovative therapy method has great potential, since its application is not only limited to the treatment of swollen nasal airways, but can also be extended to other indications. In fact, nasal medication has the advantage of a large surface area of the nasal mucosa, which ensures rapid absorption of the medication. The technology is already providing relief to millions of migraine sufferers and is expected to become a treatment for other neurological diseases such as Alzheimer's in the future. Currently, research shall determine, if local drug delivery directly to the brain could bring benefits in treating the neurodegenerative disease.

Together with his wife Helga, who brings the economic knowhow, Djupesland founded the company OptiNose AS for commercialising his innovation among other things by actively licensing the patented technology. This, however, also enables the cooperation partners to develop treatments for other medical application areas. In a current project, the company is expanding its R&D activities to a nasal therapy of Covid-19 symptoms and to administer vaccines via the nose. Djupesland, now scientific director at the company, keeps counting on the combination of research and practical experience as he still works part-time as an ENT specialist.

The Patent and Standards Centre sends its best wishes for good health and sparkling ideas!

Information on the company Optinose