You Are Here: Patent of the Month November

Patent of the Month November 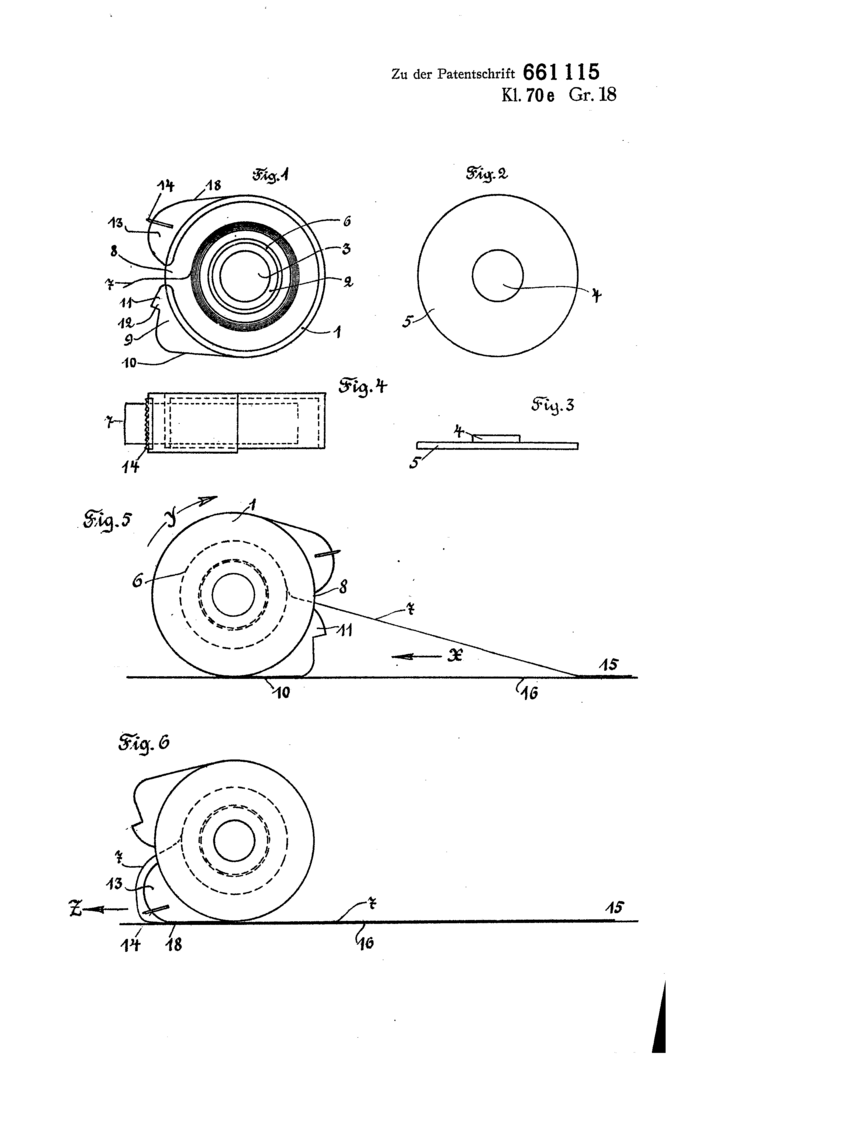 It's hard to imagine everyday life without it: accidentally discovered Sellotape in the corresponding dispenser - it's no fun without the latter!

This year, the dispenser celebrates its 85th birthday: On 19th November 1935, P. Beiersdorf & Co. KG applied for a patent for this simple, but ingenious idea under DE661115 titled "Container for adhesive tape rolls provided with dry adhesive" - our patent of the month!

At the end of the 19th century, pharmacist Paul Beiersdorf intended to produce a self-adhesive plaster as an alternative to the wrapping bandages commonly used at that time.

But the plaster he produced adhered so well, that it could hardly be removed from the skin. He still launches this adhesive tape on the market, however, as a repair material for defective bicycle tubes, but without commercial success.

This only came about, when years later in 1935, Beiersdorf employee Hugo Kirchberg invented a one-step device for unwinding and separating the tape. The adhesive strip is pulled through a slit in the container in such a manner, that the adhesive side is released from the roll without touching the container. The film is easily cut from the roll by means of a serrated separating device.

But how did Sellotape actually get its brand name Tesa? The name can be traced back to the secretary Elsa Tesmer, who worked at Beiersdorf from 1903 to 1908. At a brand competition, she had the idea of combining the name "Tesa" from the first letters of her surname and the last two letters of her first name. The brand was initially used for various products, for instance for a patented tube for Pebeco toothpaste, but that idea was not very successful either.

The combination of both ideas with the name "Tesa" as an umbrella brand for all adhesive tapes produced by Beiersdorf brought about the big breakthrough!

Since 1940, "Tesa" has been a brand name registered at the German Patent and Trademark Office under DE520622. Thus, it is also celebrating a respectable anniversary at the age of 80. Furthermore, that IP-right plays a much more important role in the company's history than the patent. “Tesa” has become one of the world's leading manufacturers of self-adhesive product and system solutions, 98 % of Germans are familiar with the brand. As is the case with only a few other brands, the name stands for an entire product genre and the word “Tesafilm” was even listed in the Duden dictionary!